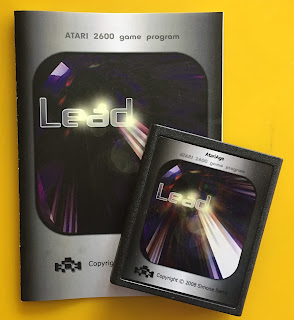 Simone Serra games are completely and utterly underrated.  I said it.  I started this whole Homebrew of the Month thing off with Omicron, another really great game from Serra, and now, having played Lead for over a month, I can confirm that Serra is one of the top developers  you’ve probably never heard of in the 2600 homebrew field.  I don’t know why these two games aren’t on the tip of the tongue of anyone who answers the popular question: what are the must-have homebrews for the Atari 2600.  Both games are addictive, fun, and extremely smoothly programmed.  Since Omicron has already had its day, let’s take a look at Lead.

Lead is an extremely fast-paced action shooter that requires quick reflexes, keen wits, and determination.  That last quality will not be an issue as “just one more” might be the subtitle to this game.  In Lead you control a ship that travels through tunnels featuring various types of obstacles.  Your only mission is to survive.  There are four distinct levels with different objectives.  Fire! requires you to shoot all incoming enemy ships (miss one and it’s GAME OVER), Dodge! requires you to avoid looming asteroids, Scramble! requires you to fly in close proximity to deadly sentinels, but avoid setting them off, and Catch! is a bonus round wherein you must try to catch as many satellites as possible.  This kind of variety is the hallmark of a Simone Serra game and it’s part of why these games are so appealing.  It is highly unlikely that you will get bored very quickly with Lead.  Each level presents a new kind of challenge and there isn’t a lot of handholding; you are expected to be pretty good from level 1 and get increasing better as you play. 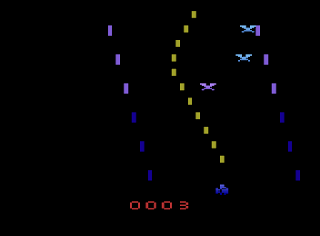 Ridiculously well.  The animations are smooth, the collision detection is pretty much spot-on, and the level design is very smart.  The challenge each level brings is well balanced by the brevity of the the levels.  Sure, when you’re playing level 3 Fire! it feels like the level lasts forever, but the actual play time is only around a minute.  This helps keep the frustration low and the replay value high.  Since you basically get one life per game, you’ll see the GAME OVER screen a lot, however the ability to continue on any given level means you can still practice and make a high score run after you’ve mastered all four levels.  Keeping the levels short and having a continue feature prevents the inevitable controller throw that usually comes with games that demand perfection. 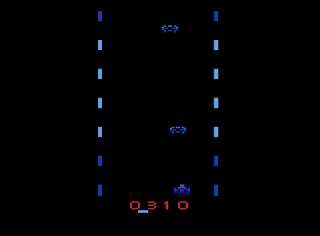 The game also features a unique power-up system.  You can collect one smart bomb per level that can be used to wipe the screen of obstacles, or you can stockpile smart bombs and trade them in for even better power-ups like shields, more powerful lasers, and bonus points.  While I’m not quite good enough yet to write a testimonial for each power-up, I can say this adds a layer of depth and strategy that makes the game even more addictive.
Visually, the game features the same colorful gradient graphics that are typical of a Simone Serra game.  While spartan, the contrast of the colorful game elements against a sea of black gives a classic arcade feel and creates an almost hypnotic effect during game play.  I love it!
Individual games of Lead will be rather short, but play sessions of Lead will likely tick up into the hours.  It’s just that much fun.

TONS.  For a game that is mostly straightforward, Lead features a lot of great bonus features.  There is an entire menu that allows you to customize your sound settings.  (great music and SFX are another signature Serra feature).  You can also play proto versions of Lead that include just the Fire! (1K) and Fire! and Dodge! (4K) levels.  These are great for sharpening your skills and practicing for a high score run on the main game.  There is even talk of the game having  two possible endings based on which difficulty level you play on.  I’m yet to see either, but the fact that they exist is plenty cool!
As with most games of its era, Lead features AtariVox and SaveKey support to save your high scores and audio settings. 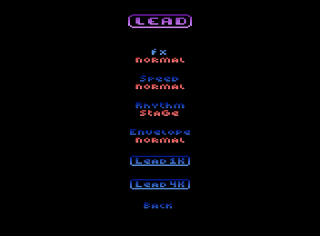 Simore Serra strikes again with yet another sharply programmed and addictive shooter.  Lead will demand perfection, dexterity, and concentration, but the pay-off is a real and immediate sense of accomplishment when you reach the end of the tunnel.  This is a “pick-up-and-play” game that will eat up hours of your day and deftly avoid the kind of rage-quitting frustration that similar games induce.  Smart level design and sharp graphics combine to make up one of the most underrated shooters in the modern homebrew catalog.   Whether you lead or are lead, Lead should be in your collection. 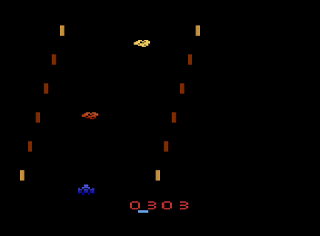 Don’t Be a (Dead) Hero:  Use those smart bombs!  Especially early on when you are learning.  Sure, it’s cool to save up for those power-ups, but don’t hesitate to use a smart bomb to get out of jam.  Since you only get one life, you really can’t take them with you when you go.
Like a Garden Hose on High:  The Fire! levels pretty much want you to hold down the button to shoot.  I like to use this like spraying a garden hose to just carpet as much of the screen as I can.  When I see a stubborn enemy that requires more attention, I focus the stream on it, but otherwise, I’m waving that beam in the air like I just don’t care.
Ever Vigilant:  The Scramble levels get pretty tight with Sentinels.  It is best to avoid the walls entirely and stay toward the center when possible.  It’s far too easy to get crushed between a wall and a Sentinel. 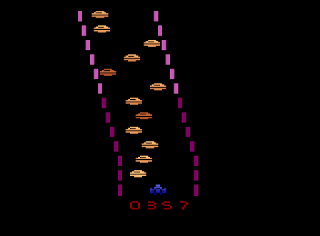 So there you have it!  One of the best, underrated homebrew shooters available.  It’s been flying under your (and my) radar for ten years.  I’ve rectified that mistake on my end, now it’s your turn. 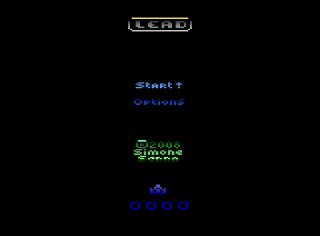